How much can a dog shape up in a month and a half?

In my pondering today, I have decided to yet again make a feeble attempt at slimming down 'the thing.' 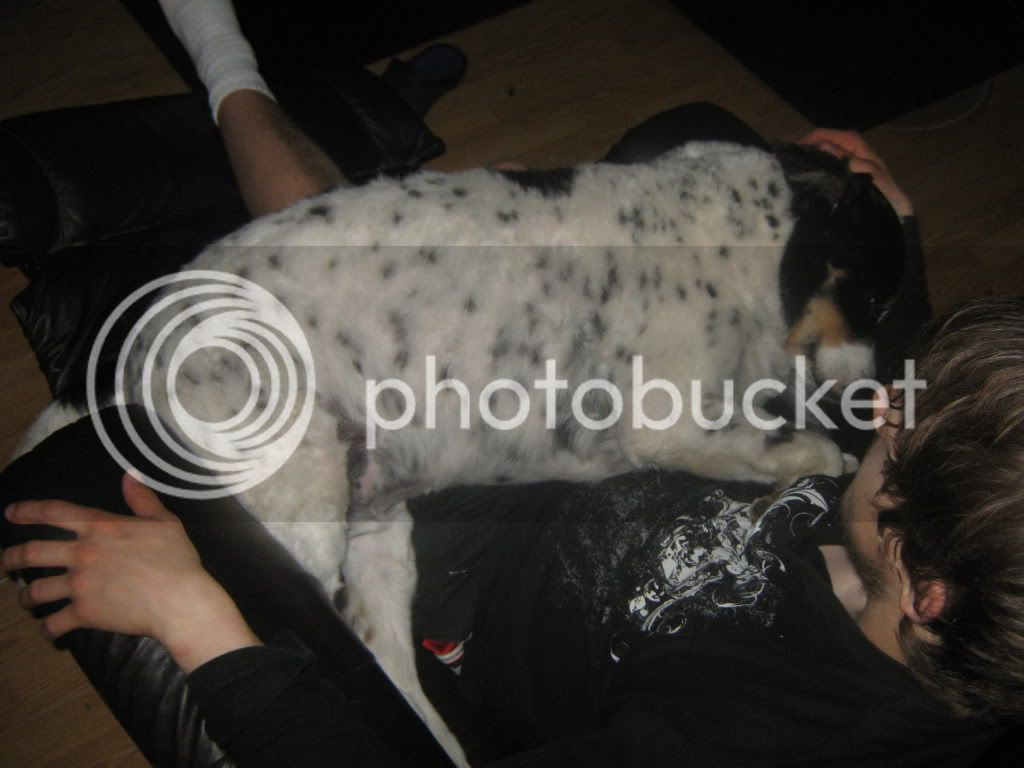 Alright... in Pippin's defense, he's not, at the moment, that bad... compared to his worst! He actually came back from the regionals looking like he had a little more shape, if one could believe that.

Last time I had thought I would attribute to Pippin's health, I went running with him on the bike. That lasted about a week, and I'm not all too sure why I gave up on him then. It's a combination of his misbehavior and diet that I think get me down. Pippin is a top notch, professional counter surfer food sneak. He's closed off from much of the house, but the smallest, shortest slip of the mind when one forgets to close the gate, and he will always find something to eat. Whether it's from the counter, the garbage (also closed with an extra anti-Pippin mechanism,) or right out of the fridge while you stand there (happened once, with my Dad, it was turkey,) whether it's a loaf of bread or a tub of margarine, Pippin always seems to find it. It's almost hard to feel bad for him.

I feel bad for him, sometimes considering I fear it may have been my fault in the early training stages. I often wonder if it was the consistent food rewards that shaped him into being such a food hound. Often I am then reminded, however, that even right from the start, our little puppy was eating things like nails... and the wall. In the present day, he sometimes may fancy himself a nice scented wax candle... or the ceramic holder it may be in. I'm not exaggerating., nor has this ever been something internal... beside his weight, vets have never really had any bad news about him.

A feast for a pint sized Pippin. 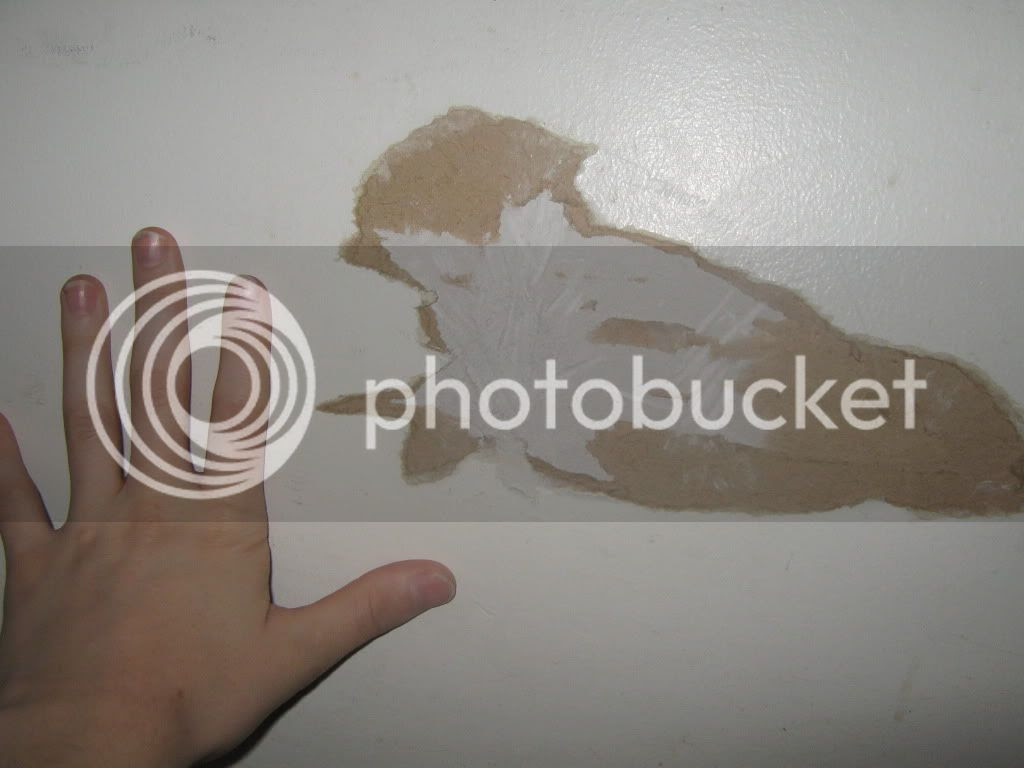 Pippin is confirmed to go to nationals in early August. Perhaps not only seeing him a slim sexy beast, but wanting him to perform well at the nationals will be enough motivation I need to put this pup through doggy boot camp.

So... how much can an overweight dog shape up in roughly a month and half? 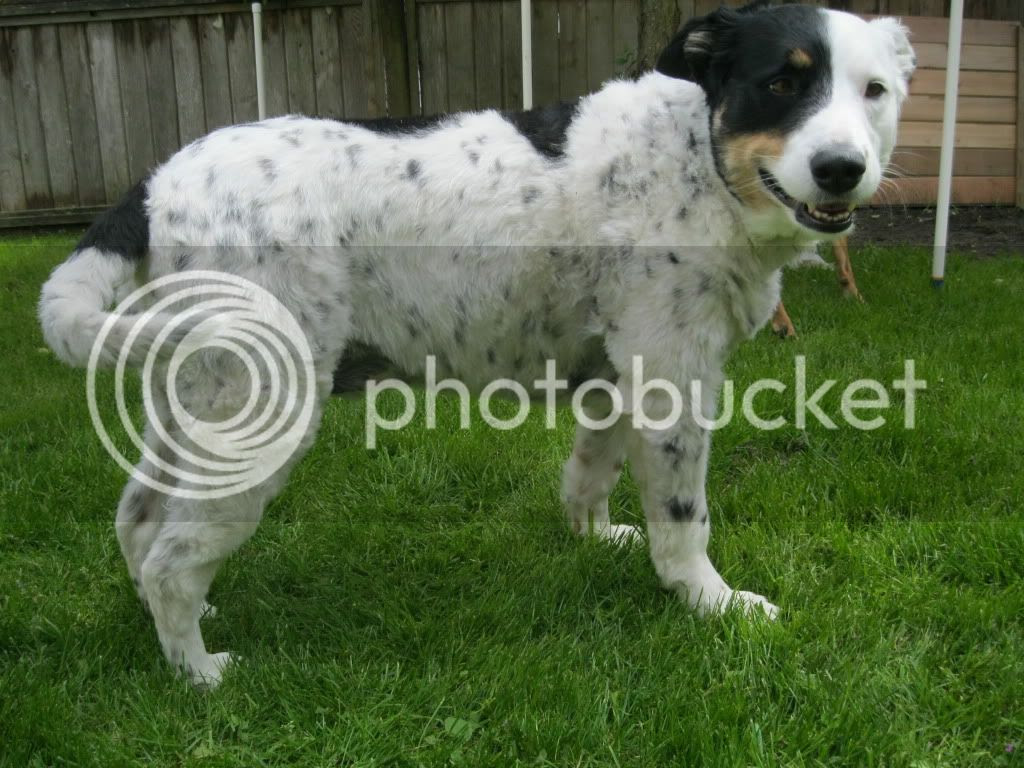 Today I had both the dogs retrieving a toy from down the alley on the side of the house where I set up a jump they couldn't go around and they had to jump both ways. I'm going to take him out on the bike again this afternoon. He won't last long, considering as well his paws are not accustomed to jogging too much on concrete as Damon's are. It's a start. Regardless if he loses much any weight or not, at least this will provide some bonding time for us. Perhaps he'll listen better then, too.
Posted by Miranda at 3:38 pm

Email ThisBlogThis!Share to TwitterShare to FacebookShare to Pinterest
Labels: pippin

This was mostly a blog I used to compile all my pit bull/BSL updates I originally made on my facebook page, only to be seen by my family & friends.

What I mostly discuss on this blog is the history and the today's social and political view on the pit bull terrier; mainly how drastically that view has changed over the last century. I am in no way a 'hands-on' expert about pit bulls and pit bull training; I am a dog training & boarding kennel attendant, who has only owned my own pit bull terrier, a 5 and a half year old named Damon, since November 29, 2011.

With my own pit bull at my side, and the reality of these, often very tragic situations nagging away at my mind, you'll have to bear with me as I make an attempt at changing ALL my writing on this particularly, oftentimes emotional topic for me to being more OBJECTIVE. That being said, I take full responsibility for any aggressively biased pieces I write/have written; I have never intended to appear any sort of representative for pit bull or dog owners in general-- I'm simply just another person born into the world of technology, open to publicly sharing my opinion.

As I've stated before (in the 'about' section) this blog was originally intended to be used as a storing place for all my informative pit bull and BSL rants/articles I wrote geared towards educating my friends & family via facebook. However, I'm now looking at expanding this blog by including various updates on Damon (my own dog,) the rescues and shelters I work with/volunteer for, and just in general my life related to dog stuff to make this more of my personal blog.
Thank-you,
Sincerely,
Miranda